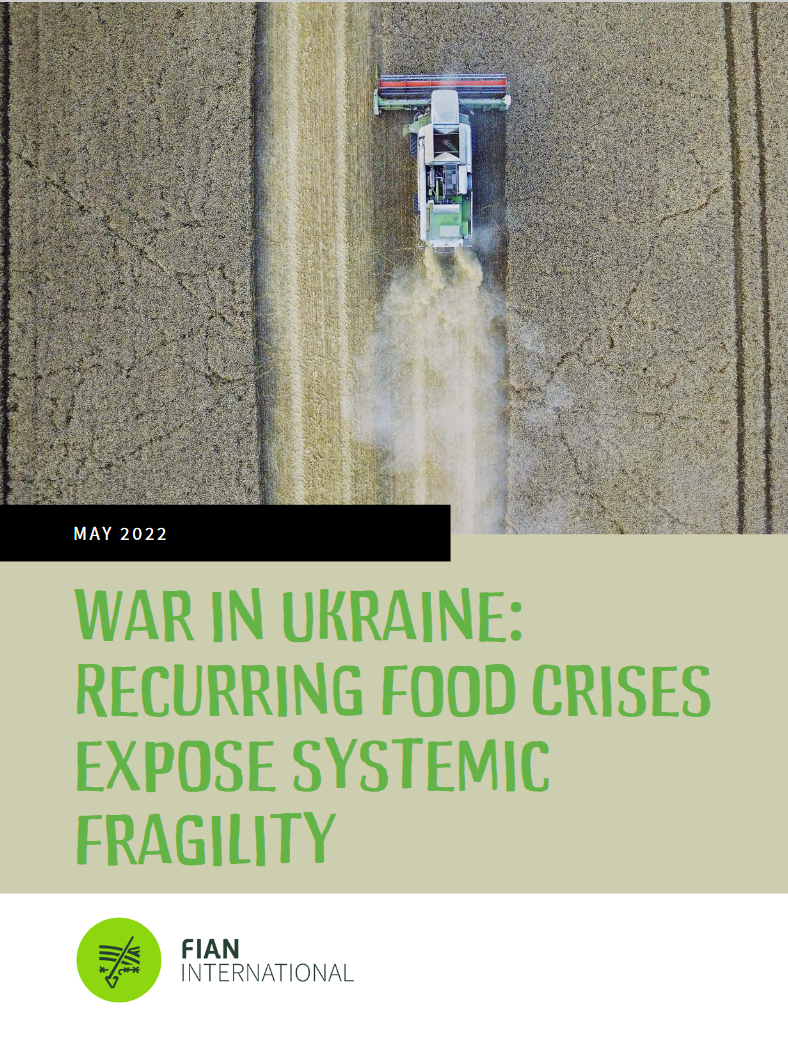 Media headlines can give the impression that the Russia-Ukraine conflict is solely responsible for rising food prices and shortages. It is certainly aggravating a precarious food security situation, not least in countries such as Yemen and Lebanon, which relied heavily on wheat imports from Ukraine and Russia and were already facing tremendous challenges before Russia’s invasion.

However, food prices were skyrocketing before the war began. And the numbers of hungry and malnourished people have been rising sharply around the world, largely due to other wars and conflicts and their interplay with structural factors shaping food systems.

This FIAN International report shows that the international response to the growing crisis has been flawed and calls on governments and the UN to address structural drivers fueling hunger and malnutrition, as well as war, armed conflicts and widespread violence, in order to stop recurrent global food crises.