The International Day of Peasant Struggle is a reminder that how we handle a crisis matters.  It highlights that by taking one path over the other we might exacerbate inequality and exclusion or prevent us from successfully tackling the looming food crisis. But most of all, this day allows us to envision a different future, one which not only builds on sustainable, transformative food systems that help eradicate hunger and malnutrition, but also values and protects those who feed the world.

As echoed in FIAN International’s Preliminary Monitoring Report on the Impact of COVID-19 on the Human Right to Food and Nutrition, current measures have had a differentiated impact on marginalized and discriminated groups, either due to a particular socio-economic status, rural or urban location, gender or region. Despite playing a crucial role in providing resilience to territories, communities and entire countries, small-scale producers and their communities are among those most affected by the measures set out to halt the spread of the virus. And rather than helping us tackle the looming food crisis, it is doing quite the contrary.

Lockdowns and states of emergency declared in different parts of the world have generated devastating impacts on local production and people’s access to  adequate food. Examples include the closure of peasant markets and the hampering of food production and harvesting. In some places, seasonal - often migrant - agricultural workers and food sellers have lost their main source of income due to restrictions of movement and border control.

Likewise livestock keepers, animal breeders, shepherds and fisher folk are often not allowed to get their products to consumers. Meanwhile in other regions, agricultural workers face precarious working conditions, including extended working hours and lack of safety measures. At the same time, organizations have claimed a lack of adequate coordinated international action between states and inter-state international institutions to keep international food supplies flowing across borders during the COVID-19 crisis.The world has been so reliant on global food chains, thereby neglecting and underestimating the power of local food systems – which respect the environment -  that we are now facing empty shelves in supermarkets and grocery stores.

Need for a “change of heart”

As the famous quote says “problems cannot be solved by using the same kind of thinking we used when we created them”. This is what governments should realize more than ever: it is time to value the role of peasants and other people working in rural areas –especially rural women. As the main food providers to the world’s population, who also protect biodiversity, their human rights must (truly) be ensured by states, as set out in national law and international human rights law – including the United Nations Declaration on the Rights of Peasants and Other People Working in Rural Areas- as well as UN-endorsed initiatives to achieve the Sustainable Development Goals (SDGs) – like the Decade of Family Farming 2019-2028.

Peasants must maintain their capacity to produce and provide adequate food to the hundreds of thousands of communities they feed, in times of COVID-19 and beyond. On this note, states must implement appropriate economic incentives like subsidies and tax reduction for the small-scale producers and give support to transformative approaches that draw from their knowledge and experience of the former.
An adequate way out of the crisis should lead states to take measures towards diverse food systems that support  fairer societies, people’s health and ecosystems. Measures providing support to agroecological production, fostering short local circuits and supply chains, and prioritizing food markets, grocery stores, and informal food vendors are also measures that will ultimately strengthen the long-term resilience of the rural world  against natural disasters and other severe disruptions.

The question is simple: if we want to tackle this crisis, and a looming food disaster, governments have to protect and value peasants, while supporting the necessary transformation of our food systems. 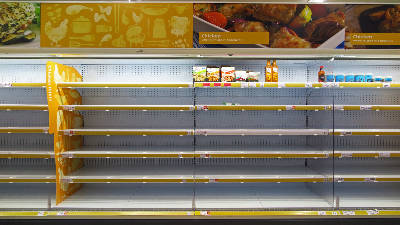