The purpose of this toolkit on access to resources and means of production is to create awareness, promote understanding and enhance the capacities of rural people’s movements to advocate for their rights.

Is it the latest in a five-part series of training modules, which break down UNDROP into practical themes to increase people’s understanding of this UN recognition of the human rights of peasants and other people in rural areas.

The series focuses on specific articles adopted in UNDROP and how affected people can apply them in legal and advocacy spaces in their struggles for food sovereignty and agroecology.

“It is crucial to reconnect the objectives of UNDROP to small-scale food producers worldwide – the same people who inspired its content and worked on its development,” says Sofia Monsalve, Secretary General of FIAN International.

UNDROP recognizes peasants’ rights to conserve, use, exchange and sell their seeds. It defends people’s right to oppose blatant attempts to grab land, rivers and oceans. This toolkit brings the UN Declaration to life, turning it into an effective tool for these struggles.

For La Via Campesina and FIAN International, the adoption of UNDROP by the UN in December 2018 was a battle half won. It is now crucial to see it fully implemented in letter and spirit in every country, everywhere.

Read a series of briefings on how to implement UNDROP here 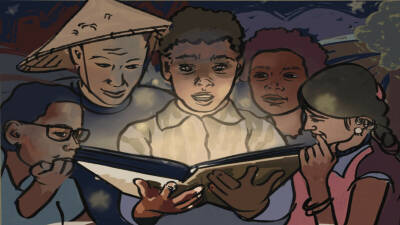