Representing groups of environmentalists, peasants, workers, students, and consumers, speakers during the online seminar “Poisoned Food, Poisoned Ecosystems: How People Are Working Towards Pesticide-Free Communities” shared how people resisting the corporate capture of agriculture were able to advance their fight towards agroecology-based food systems, telling the audience about their solutions, challenges and ways to overcome those.  The event held on May 5, 2021 was organized by FIAN International with the assistance of the Rosa Luxemburg Foundation.

“We are not just talking, we are doing,” said Usha Soolapani as she discussed how peasant women in her non-profit organization Thanal led the people’s 2003 battle against the aerial spraying of the highly toxic insecticide endosulfan on cashew plantations in Kerala, until they were able to establish and promote organic farming in the Indian state and set up local markets by linking farmers with consumers with the help of media.

Jorge Acosta of the Asociación Sindical de Trabajadores Agrícolas, which helps farmworkers in the banana industry in Ecuador fight for their food and health rights, underscored the importance of informing and educating people about the pernicious effects of bombarding farms with pesticides, and demanding for change.

“We must continue carrying out awareness campaigns and give voice to our workers and the civil society so we can help them push for the eradication of pesticide use,” Acosta said during the seminar.

Banana plantations in Ecuador were being sprayed with fungicide 40 to 44 times a year, according to Acosta. He said poisonous chemicals wafting through the air were being inhaled by workers and their families, who suffer from severe skin problems and serious respiratory ailments, which made them more vulnerable to Covid-19.

Valeria Burity from FIAN’s Brazil section, meanwhile urged states in Latin America to “refrain from carrying out regulatory actions that promote the increase in the demand for pesticide use” and protect people’s rights to common goods.

The unabated and indiscriminate use of pesticides in corporate-controlled food production in eight Latin American and Caribbean countries has been exposed by FIAN International sections in the region in their recently released publication titled, Pesticides in Latin America: Violations Against the Right to Adequate Food and Nutrition.

The 108-page study links the multiple layers of violations of the people’s right to life, health, and adequate food and nutrition to the “capture” of Latin American and Caribbean states by transnational agribusiness corporations that made the uncontrolled use of pesticides possible.

“It is necessary that organizations, leaders, and movements that fight against the expansion of pesticide join forces again,” FIAN Brazil’s Valeria  Burity continued, stressing that wider and stronger alliances were needed as the use of agrotoxics in monocultures intensifies and worsens violations of the right to health and adequate food and nutrition.

She also called for the elimination of “double standards” or the practice of wealthy nations in the North of exporting banned hazardous pesticides to poorer nations in the South.

On this, Susan Haffmans of the Pesticide Action Network (PAN)-Germany explained how her organization has  been exposing how big businesses profit from double standards and how these impact on the environment and human health and rights.

PAN’s campaigns for European countries to stop the export of banned pesticides are being taken to “global policy areas,” according to Haffmans.  PAN also engages in global on-ground campaigns and activities to protect pollinators and end pesticide drift or the transport by air of pesticides from an area of application to an unintended site.

FIAN International’s Charlotte Dreger reviewed the experiences of transitioning to agrotoxics-free food systems and communities and concluded that campaigns at “the local level have played a very important role in this struggle that is connected to the demands at the international level.” This is corroborated through a research study ‘Transitioning Towards Agro-Toxics Free Food Systems: People’s Imagination beyond Regulatory Frameworks’, to be published in June.

“All the struggles against pesticides clearly go hand-in-hand with the overall demands for profound transformation of food systems towards agroecology,”  Dreger continued.

FIAN International’s Angélica Castañeda added that the implementation of agroecology-based food systems “are in the hands of the people”, stressing the need for “strong convergence” among social movements and alliances in the fight against pesticides.

Concluding the event was Special Rapporteur on Toxics and Human Rights Marcos Orellana, who stressed that communities have been paying the price of “our planet’s intoxification” through the use of pesticides, resulting in human rights violations “that are unacceptable.”

Orellana concludes: “We are facing a crisis of global toxification. Simply relying on mitigation does not solve the problem and is contrary to human rights. It is clear that the instruments that exist are failing and that double standards lead to discrimination. We need a change.”

Watch the Online seminar on Pesticides in Latin America 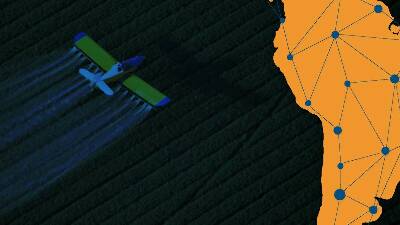