There is little to suggest that the Finance in Common summit with over 450 PDBs will be any different, not least because of the failure of last year’s summit to embrace a human rights or community-led approach, but also because of longstanding human rights issues with these publically owned banks.

On the eve of the summit which will take place in Rome, FIAN International, alongside 280 other civil-society organizations and social movements, calls on governments to put an end to state-backed financial support to agribusiness companies and projects that take land, natural resources and livelihoods from local communities.

Public development banks are state-mandated, largely state-funded and state-controlled financial institutions that finance activities that should contribute to the improvement of people's lives, particularly in the Global South. They account for over US$2 trillion a year in financing to public and private companies for things like roads, power plants and agribusiness plantations. An estimated US$1.4 trillion goes to the agriculture and food sector.

Many PDBs have a poor track record when it comes to transparency and investments that benefit agribusiness corporations at the expense of farmers, herders, fishers, food workers and Indigenous Peoples, undermining their food sovereignty, ecosystems and human rights. They have a heavy legacy of investing in companies involved in land grabbing, corruption, violence, environmental destruction and other severe human rights violations.

FIAN Germany has monitored human violations related to investments of these banks for many years, despite major challenges with the banks’ lack of transparency. More than half of the DEG’s annual funding is channelled through financial intermediaries and other banks and funds.

Not even the German government has a clear picture of where this money hits the ground and its real impact. This makes it nearly impossible to force the banks to comply with Germany’s human rights obligations. In cases where FIAN could identify concrete investments in agribusinesses, there was also evidence of human rights violations.

In Zambia, for example, DEG continues to provide the country’s biggest agribusiness Zambeef with tens of millions of US Dollars although FIAN has documented cases of forced evictions involving Zambeef as far back as 2013. In Paraguay, DEG is co-owner of the country’s second largest landowner Paraguay Agricultural Corporation PAYCO, which buys up land on a large scale, including traditional indigenous settlements, for massive agro-industrial projects that make intensive use of pesticides.

“Those cases are emblematic of DEGs investment preferences for large-scale industrial agribusiness which foreclose instead of supporting or promoting equitable, people-centered and sustainable development rooted in the right to food,” said Roman Herre, FIAN Germany policy advisor for land and agriculture.

A decision by the Belgium’s public development bank, Belgian Investment Company for Developing Countries (BIO), together with other European and North American PDBs to support palm oil production by Feronia PHC in the Democratic Republic of Congo (DRC) – despite the violent repression of locally community activists – is a another example.

“Although the demands of the communities affected were relayed to the bank, there was no recourse to justice, no way to hold the bank accountable,” said Florence Kroff, coordinator of FIAN Belgium.

“Even before the decision to finance this project, we raised questions about the risks of human rights violations involved in supporting this agribusiness in the DRC, thanks to an ill-gotten concession on more than 100,000 ha of land, a legacy of the colonial era,” she added.

“In addition to environmental pollution and indecent working conditions on the plantations, Belgian – as well as German, French, Dutch and other – public money is contributing to a climate of violent criminalisation in the region, which has already led to dozens of arbitrary arrests and detentions and the deaths of several land activists.”

It is time to hold public development banks, and the governments controlling them, accountable for the human rights violations that they are fuelling and to stop all future investments that are not rooted in the right to food, a community-led approach and sustainable development. 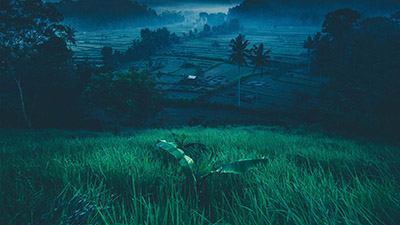