It has been more than two years since the UN Declaration on the Rights of Peasants and Other People Working in Rural Areas (UNDROP) was adopted by the UN General Assembly after a decade of mobilization. This Declaration is a blatant victory for the rural world, as it recognizes essential rights for peasants, indigenous peoples, migrant workers, women and other people in rural areas. Some of the rights recognized include the right to seeds, land, water, and food sovereignty. The Declaration is also a key milestone in the race for environmental justice, as rural people’s sustainable practices, like agroecology, help restore our decaying biodiversity.

But the work is not finished. Despite playing a crucial role in food systems, and in providing resilience to territories and communities, peasants continue to be among the most excluded and affected groups in today’s global society. The negative impacts of the COVID pandemic on small-scale producers can attest to that. Peasants and other people in rural areas are not yet protected, at least not until the Declaration is consistently reflected in the laws and policies of their countries.

To this end, FIAN International is launching the ‘Peasants’ Right Week’, programmed to coincide with the International Day of Peasants’ Struggles, and releasing a series of briefings that look at key aspects of the Declaration: from how this protects the rights of rural peoples’ to land and other natural resources, to how the Declaration itself will help us achieve agroecology, as well as environmental and climate justice.

Access the briefings and feed into the discussions via #PeasantsRightsNow 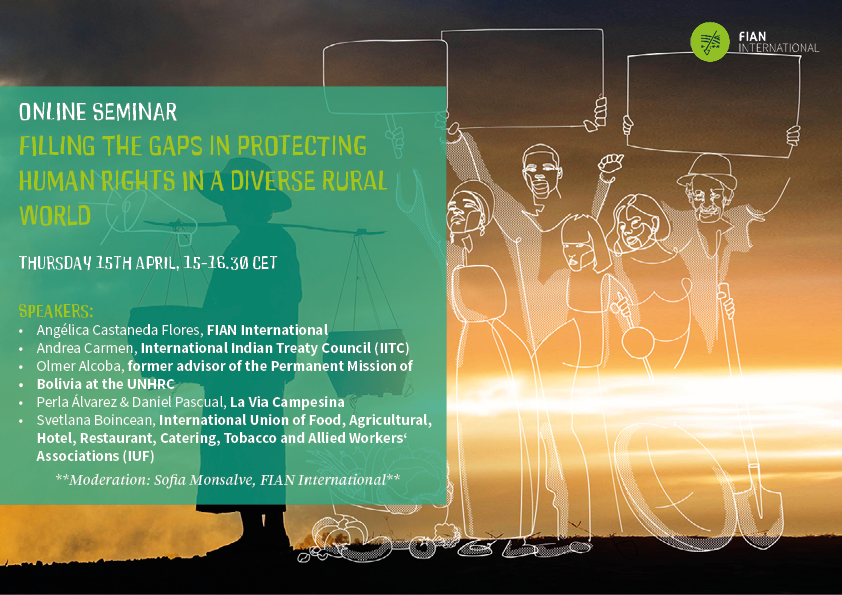 Did you know that…?

Every year, during the week of 17th of April, the International Day of Peasant’s Struggle, initiated by La Via Campesina, aims to commemorate the massacre of the landless peasants movement in 1996 in Eldorado dos Carajás, Brazil while they were protesting for a comprehensive agrarian reform.

During the protest, the Brazilian military police in the Amazonian State of Pará attacked members of the Landless Workers Movement (MST) blockading a highway, killing 19 and injuring hundreds of peasants.