Human rights violations and abuses frequently occur across borders and victims often have little recourse to justice against transnational corporations or foreign states.

The Maastricht Principles seek to address that by clarifying that states do in fact have obligations under international law to respect, and protect human rights abroad – these are known as Extraterritorial Obligations (ETOs). These principles have been strongly supported by UN treaty bodies and special procedures as well as by some states.

However, many states still refuse to acknowledge they have human rights obligations towards people abroad. This occurs even when it is clear that their policies including trade agreements, development cooperation, digitalization, financialization and climate policies – or businesses based inside their borders – are responsible for human rights violations and abuses.

One example is the brutal forced eviction 20 years ago of thousands of residents in Uganda’s Mubende District to make way for Kaweri Coffee Plantation Ltd., a subsidiary of German-based Naumann Kaffee Gruppe, which has over 50 companies operating in 26 countries. Despite years of petitioning the German and Ugandan governments, the community has yet to receive compensation or redress for their loss of land and livelihoods.

The UN Committee on the Convention on the Elimination of All Forms of Discrimination against Women (CEDAW) has called on the German government to “introduce effective mechanisms to investigate complaints filed against” transnational companies based on its territory, with no success to date.

There are many cases like this around the world which highlight the need for global action to give victims access to justice. There are also positive moves towards introducing legislation to hold perpetrators accountable. When it comes to states’ obligation to protect and regulate transnational corporations (TNCs), the upcoming negotiations in the UN Human Rights Council on a legally binding instrument on TNCs is of utmost importance.

The ETO Consortium has published a handbook and a toolkit entitled For Human Rights Beyond Borders. Both tools are aimed to help CSOs, movements and affected communities to hold states accountable for extraterritorial human rights violations. 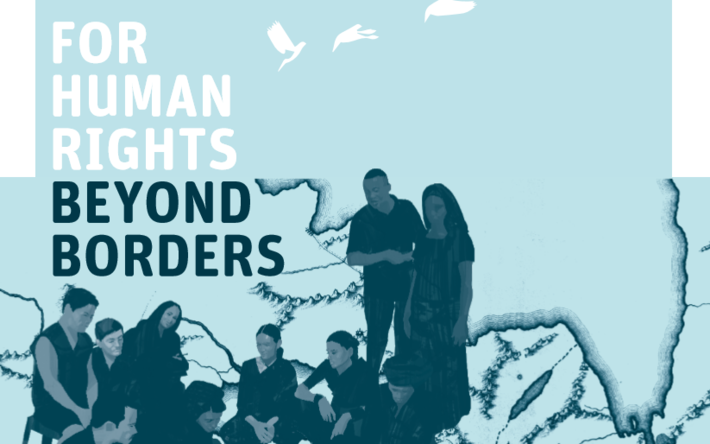