In an open letter to the Brazilian authorities, FIAN International, FIAN Brazil and other members of the Global Network for the Right to Food and Nutrition condemn the recent violent attacks by the military police and the State of Mato Grosso do Sul (MS) against the Tekoha Guapoy community, in the municipality of Amambai, in Mato Grosso do Sul.

They call on the Brazilian government to immediately stop the violence, investigate and hold accountable those responsible for the actions, and address the structural inequalities and violence faced by the Guarani and Kaiowá that give rise to multiple human rights violations.

The Tekoha Guapoy, members of the Guarani Kaiowá Indigenous Peoples, had retaken part of their territory, in a context of the Brazilian State’s failure to demarcate traditional indigenous lands.

As a reaction to the Guarani Kaiowá’s fight for their territory, military police and large landowners (“fazendeiros”) last Friday, on June 24, without judicial authorization and in defiance of the Brazilian legal system, entered the area occupied by the Indigenous Peoples to violently expel them. The action is being referred to as the "Guapoy Massacre." The number of people killed and injured is still being determined. However, according to the latest information received, there are records of one person killed and at least ten injured as a result.

FIAN International and FIAN Brazil have been accompanying the Guarani e Kaiowá for over a decade. They have been denouncing the historic economic exploitation in the State of Mato Grosso do Sul, the failure of the Brazilian State to demarcate the territories of the Guarani and Kaiowá, and the severe discrimination and violence to which they are subjected. All of which leads them to live in precarious and often inhumane conditions, where their rights, including their right to food and nutrition, are systematically violated.

For more information on the attacks see note published by the Grand Assembly of Aty Guasu Guarani e Kaiowá: https://cimi.org.br/wp-content/uploads/2022/06/Nota-Aty-Guasu-Guapoy-25.06.2022.pdf 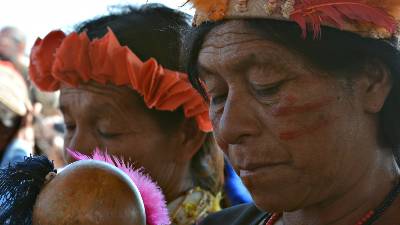 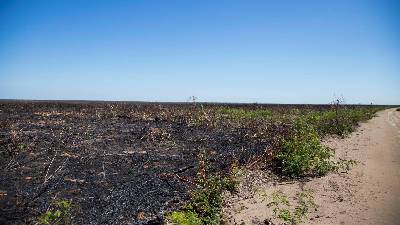