Peasants and Indigenous Peoples feed more than 70 percent of the world and are key agents in the preservation of biocultural diversity in food systems. The importance of seeds, traditional knowledge and innovations have been increasingly recognized as crucial factors in efforts to stop the rapid loss of biodiversity, including in the context of developing a new Global Biodiversity Framework under the Convention on Biological Diversity (CBD).

“Around the world, peasants and Indigenous Peoples take care of their seeds in order to produce food and to take care of ecosystems. The COVID-19 pandemic has shown once more that our seed systems are strong and resilient.” (David Cidi Otieno, Kenyan Peasant League)

Right to Seeds under threat

According to the United Nations, 75 percent of crop diversity has been lost over the past century. Humanity is relying on only six main crops to feed itself.

Restoring biodiversity is critical to adapt agricultural systems to climate change. However, intellectual property rights, which are introduced by organizations like the International Union for the Protection of New Varieties of Plants (UPOV) and trade agreements restrict peasants’ and Indigenous Peoples’ rights to save, use, exchange and sell their seeds. New technologies such as Digital Sequence Information (DSI) and genome editing pose new threats to farming communities and risk undermining existing international agreements such as the ITPGRFA and the CBD.

“Existing seed laws are made for the seed industry and agribusiness. We participate in the Treaty [ITPGRFA] to reaffirm that our right to seeds is a human rights, which is superior to intellectual property rights.” (Alimata Traoré, President of the Convergence of Rural Women for Food Sovereignty in Mali)

At the moment, the challenge remains to implement peasants’ and Indigenous Peoples’ rights in national policies and laws. New efforts are therefore urgently needed.

Launch of a new guide on the Right to Seeds

Released on the occasion on a new round of discussion in the ITPGRFA, a new guide entitled “Recovering the cycle of wisdom: Beacons of light toward the right to seeds. Guide for the implementation of Farmers’ Rights” makes concrete proposals in this regard.

The guide intends to provide tools to support Peasant and Indigenous Peoples’ organizations in their work to advance the full realization of their right to seeds.

“This Guide is timely and needed. It contains the authority and wisdom of the people that hold seeds.” (Michael Fakhri, UN Special Rapporteur on the Right to Food)

This publication is a joint effort of the Working Group on Agricultural Biodiversity of the International Planning Committee for Food Sovereignty (IPC), FIAN International and Centro Internazionale Crocevia.

Download Recovering the cycle of wisdom: Beacons of light toward the right to seeds. Guide for the implementation of Farmers’ Rights. 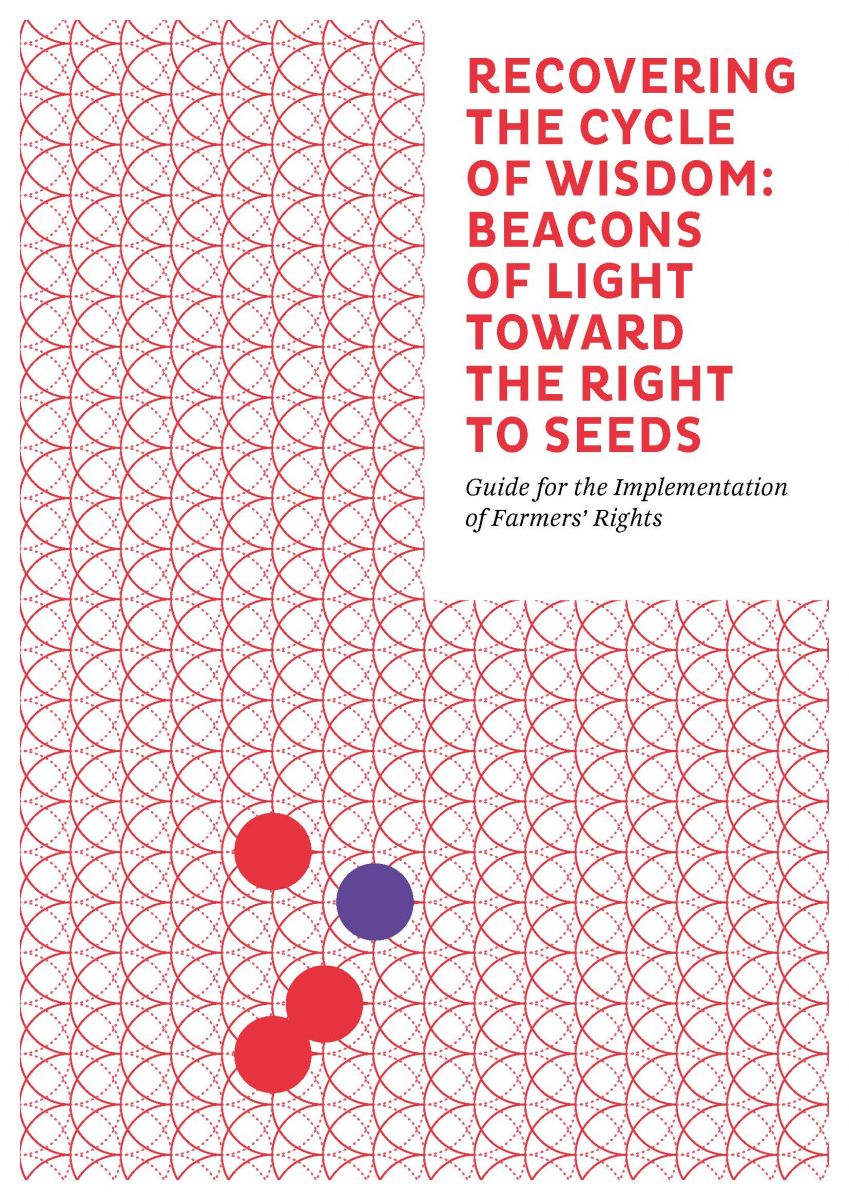